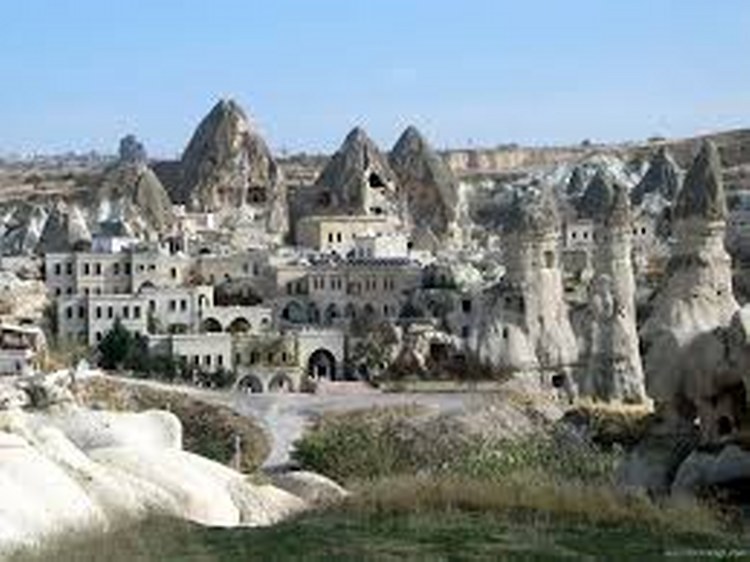 Nevsehir: Inscribed on the UNESCO World Heritage for its Cappadocia district, Nevsehir fascinates visitors with its natural and historical attractions.

Nevsehir: Inscribed on the UNESCO World Heritage for its Cappadocia district, Nevsehir fascinates visitors with its natural and historical attractions. Nevsehir, with its settlements dating back to 7000 BC lived under the rule of many different civilizations. The city was taken by the Ottoman Empire in 1466, and became a province in 1954. It is possible to sightsee many open-air museums, natural rock churches, valleys and underground cities which are still in good condition today. The Turkish philosopher Haci Bektas Veli and Grand Vizier Damat İbrahim Pasha who lived in this area, contributed to the cultural and touristic development of the city. Nevsehir is located exactlyat the mid-point of Turkey at the volcanic region between the mountains Erciyes and Hasan. The province is under the effect of the continental climate and is warm and dry during the summer while it is cold and rainy during the winter. Cappadocia, which has attracted attention for its impressive carstic landscape and natural formations, has also become an important filming location. World famous movies like Ghost Rider 3 was filmed in this area. You are always welcome to take a tour with a hot air balloon, if you want to view Nevsehir and the natural wonder of Cappadocia from hundresds of meters above the ground!