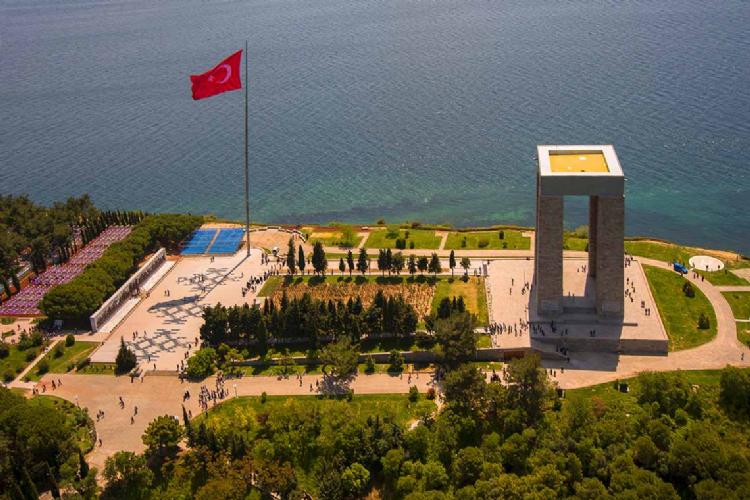 Canakkale: A strait connecting Europe and Asia as well as the Aegean and the Marmara Seas; and the most important center of the civilizations of Troy and Assos but most importantly the symbol of independence. The city, which was called Hellespont and Dardanelles in the ancient times, took the name Çanakkale after a major war during the last phase of the Ottoman Empire. Having been the scene of great wars and victories, the glorious city has witnessed different phases of history and is now harboring the landmarks of these historic times. The city which forms a cultural mosaic with the Biga Peninsula is reined by the Mediterranean and Black Sea climates. The city receives heavy rain in the autumn while the winter months bring along harsh wind passages. The National Historical Park of the Gallipoli peninsula with its ruins of the land and sea combats during WWI, and its impressive war memorials and monuments is inscribed on the list of National Parks and Protected Areas of the United Nations. The historic Gallipoli peninsula is an epic place and a must-see sight that is worth the visit. The city, where the lush nature meets the deep blue sea along the shores and coves of the Dardanelles, is the epitome of peace and tranquility in itself.