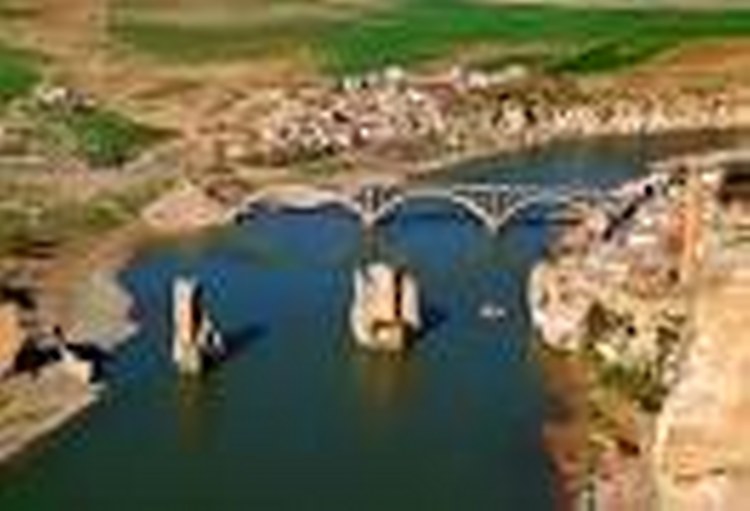 Being adjacent to the Dicle River, Hasankeyf with its madrasas, observatory, health asylum

Being adjacent to the Dicle River, Hasankeyf with its madrasas, observatory, health asylum and other educational organisations was the science and culture centre of the region in past. The district, due to its historical assets, has been declared as a natural conservation area since 1981. These historical assets will probably have been under water due to Ilısu Dam in the scope of GAP project in time. Therefore, the rescue excavations for movable historical and archaeological works of art are still being carried on. History The foundation date of Hasankeyf is not known exactly. The geopolitical situation in the city strengthens the possibility of its being a very ancient settlement area. There are lots of caverns some of which are being used even today as residences. In the Christian Era, Hasankeyf experienced the rule of the Sasanis and Byzantines. Due to a safe castle having been built by the Byzantines in the 4th century BC, the region had been defended by them for a long time. Hasankeyf was conquered by the Emevis in 639 AD. Later on, the Abbasids, Hamdanis, Mervanis, Artuks, Eyyubis and Ottomans ruled the region respectively. The Artuks period was the golden era of Hasankeyf. There are many historical works remaining from this period. Climate Dicle River, which gives life to the region, also effects its climate. It makes winter much more temperate. Average temperature is 25° C, and highest average temperature varies between 40 - 43° C, and lowest average temperature varies between 6 - 8° C. How to Get For arriving to Hasankeyf, one can go to Midyat first from Mardin via minibus, and then to Hasankeyf via minibus again.