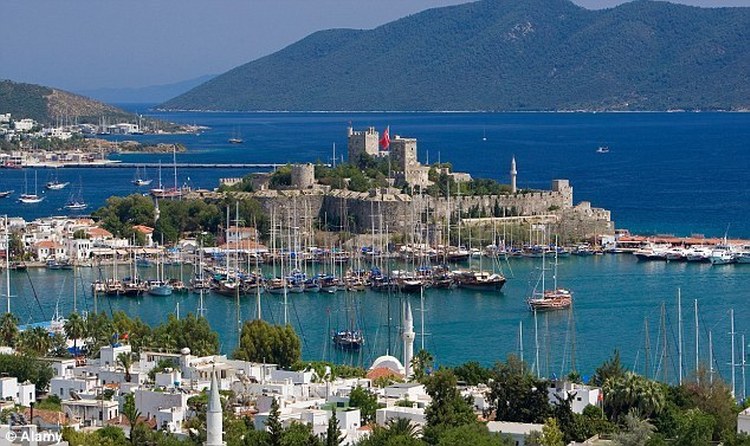 Homer describes Bodrum as "The land of eternal blue"

Homer describes Bodrum as "The land of eternal blue" and the words of another resident of Bodrum, Cevat Şakir, who said "The heavenly bliss of life in Bodrum is better than any eternal bliss that may await us" were not without foundation in reality. Throughout history of Bodrum, known as Halicarnassos in ancient times, has always been fought over and people have been unwilling to share its beauty with others. Built on a peninsula formed by the meeting of the eastern and western harbors, Bodrum, with its narrow streets winding down to the sea, is famous for its castle, its world-renowned yachts, its shipyards and the dazzling white houses and tombs lining the shores of its two harbors. Bodrum, has the all facilities to meet the expectations of tourists from all income levels, ranging from the rich yacht owners to the penny counting tourists who just want a reasonable room to make his vacation last all summer. History Bodrum has been the cradle of several civilizations. Down through the ages it has suffered from the countless invasions of those coming from the Aegean islands and has been important to all those powers wishing to dominate the Aegean.Halicarnassos(Bodrum) was an important city in the Caria civilization which was located between its much more powerful neighbors Lykia and Ionia. The region boasts such a greats as the historian Heredotus, history's first woman admiral Artemisia I, and the just-as-skilled Artemisia II as well as artists like Leachares and Shepas. Bodrum experienced the dominance of various civilizations throughout the history such as Persians,Mecedonians,Roman Empire and Byzantines. Byzantines lost their power in Anatolian region after they were defeated by the Seljuk Ruler Alpaslan at Malazgirt in 1071. Rhodian knights had constructed the present Bodrum castle and established theirrule over the region. Sultan Süleyman the Magnificent on his military expedition to Rhodes conquered Bodrum together with Rhodes and added them to the territory of Ottoman Empire. Climate Summers are hot and dry while winters are mild and rainy.