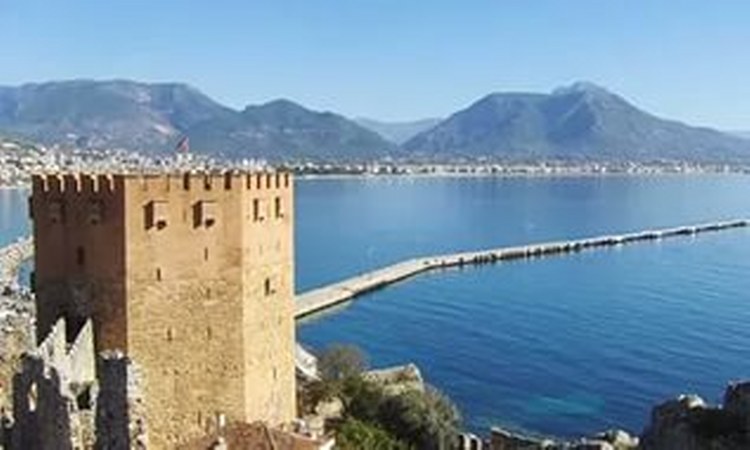 With its vast beaches, historic sites, the innumerable fish restaurants of its modern hotel and motels and its cafes and bars, Alanya, is an outstanding holiday getaway

With its vast beaches, historic sites, the innumerable fish restaurants of its modern hotel and motels and its cafes and bars, Alanya, is an outstanding holiday getaway. The first thing that greets the visitor is the 13th century Seljuk Castle, which sits like a crown atop of Alanya Peninsula. Besides the impressive castle, there is the shipyard and the Red Tower (Kızıl Kule) with monumental beauty. All along the road which runs beside the port are latenight cafes and bars and boutiques selling handicrafts, leather clothing, jewelry, handbags and local gourds painted with extraordinary colors. If you like to explore caves, then you must see Damlataş Cave. Near the cave is the Ethnography Museum.

You can reach by boat to the three other caves: the Phosphorous Cave with its phosphoric rocks, Girls Cave (Kızlar Cave), where pirates held their women prisoners, and Lovers Cave (Aşıklar Cave). The cool shade of Dim Brook Valley, 15 km east of Alanya, is an ideal place to get away and relax. The sea all around Alanya is excellent for swimming. Alanya is a paradise of sun, sea and sand. Based on skeletal evidence found between the villages of Bademağacı and Oba northeast of the city, Alanya is believed to have been inhabited in pre-historic times. Alanya was sometimes considered part of Cilicia and sometimes part of Pamphilia. It was later ruled by the Hittites and Romans respectively. In a bad state of repair after a number of invasions and wars, the city was rebuilt by the Romans. In the Byzantine era, Alanya was called Kolonoros, which means the 'beautiful mountain'. Climate Because of its climate, plants from all over the world can be found in Alanya. Some of the most common are oranges, bananas, vegetables of all kinds, tropical fruits from South Africa and India such as papaya, guava, avocado and a variety of dates and coffees. Alanya has a typical Mediterranean climate with wet humid winters and hot dry summers. The average temperature around the year is 19ºC. The water averages 21ºC.
Street View