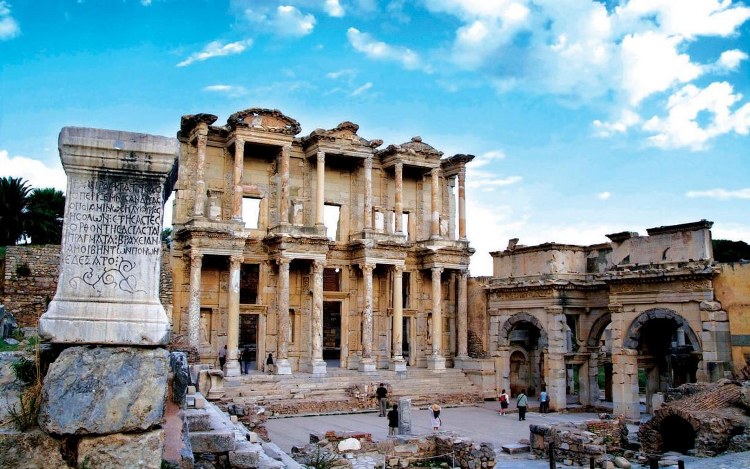 Ephesus which was established as a port, was used to be the most important commercial centre. It played a great role in the ancient times with its strategic location.