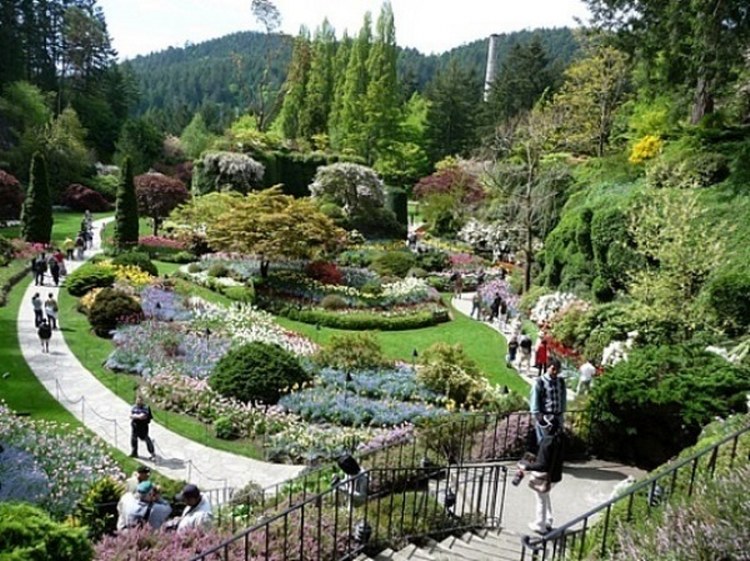 Turkey as a travel destination offers the traveler culture, art, sports and a good value for the currency. It is one of the ten top travel destinations in the world. With such a long coastline along the sea Turkey offers swimming, boating, water rafting, yachting, hiking, biking, and hot air ballooning. These are just a few of the many fun activities you will experience when visiting Turkey.

Various geographic characteristics, climate variety, caused by geographical differences, being a natural bridge between three continents, caused Anatolia Peninsula to have a rarely encountered vegetation in the world. While vegetation number, present in all along Europe is a total of 12.000, this figure is 9.000 in our country.

Various geographic characteristics, climate variety, caused by geographical differences, being a natural bridge between three continents, caused Anatolia Peninsula to have a rarely encountered vegetation in the world. While vegetation number, present in all along Europe is a total of 12.000, this figure is 9.000 in our country. Our country is superior than Europe according to vegetation variety. Because, our country is not only superior than Europe in connection with endemic plants which grow only a certain region or whose homeland is a certain region in the world but also one of the a few regions of the world. While endemic plant number of Europe is 2.750 this number equals to 3.000 in our country. Endemic plant number is only 600 in Antalya. Total plant number of England is 2.000. (9.000 in our country). It is known that one of the Mediterranean states, Spain as well as Former Yugoslavia have 500 endemic plants each. It is known that Bulgaria has 3.650, Greece 5.000, Cyprus 2.000, Syria - Lebanon 3.500, Iraq 4.000, Iran 8.000, France 4.500, Germany 2.500, Italy 5.600, Spain 5.000, Romania, 3.400, England 2.000, Hungry 2.214, Island 377 and Norway 1.715 plants on the basis of total plant number. 3 city of our country which have most endemic plants are Antalya with 578, Konya with 478 and İçel with 366. As you can see city of Antalya is richer than countries such as Spain and Former Yugoslavia. It can easily be estimated that city of İçel is richer than most of the European countries in connection with Endemic (and Non - Endemic) plant richness. If Antalya and İçel are thought together, it can be easily found that this two city become unrivalled against European countries with their plant potential. Europe's most endemic plant owning country except Turkey, is Greece has 800 endemic plants. Rival country, Italy's endemic plant number is 712. Endemic plant number of Japan is 2.000, USA's 4.036 and Switzerland's is 1. As it can be considered that cities of our country can be compared with countries of Europe but Europe continent is poorer than Turkey as a total. One of the most important reason for plant richness of Turkey is being Anatolia a shelter for plants during the ice age. Today Turkey is at the intersection point of 3 different plant area which is not present in either of the European country. These plant area are Mediterranean Plant Area (includes Mediterranean and Aegean regions), European - Siberia Plant Area (includes Black Sea and Marmara region), Iran - Turan Plant Area (includes Central Anatolia and Easter Anatolia regions.).